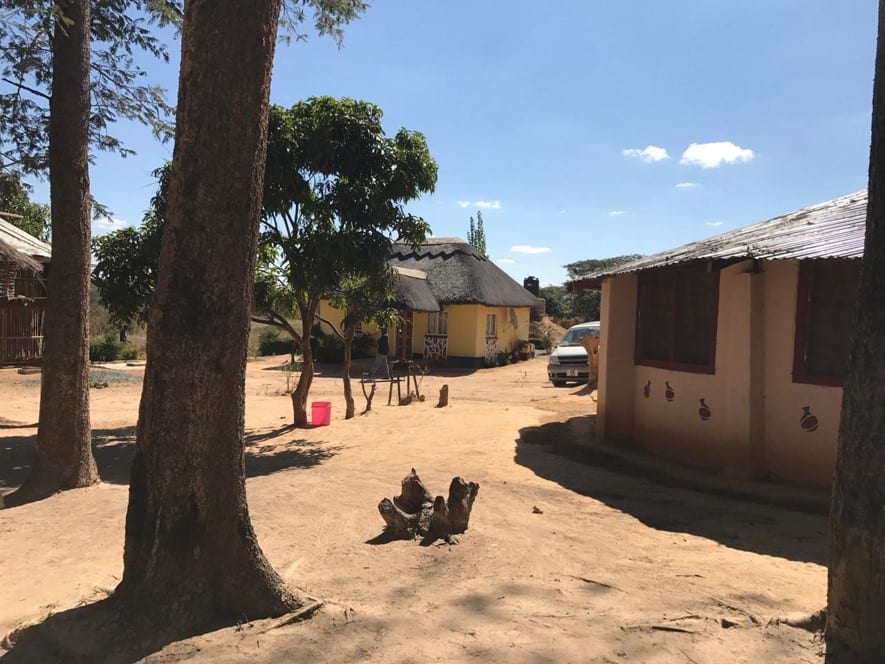 In June of 2017, I spent a little over five weeks in Zambia, Africa on a self-led internship. I left home on May 25th, and got home on July 6th. This was my forth time visiting Africa, but the first time I stayed more than two weeks and the first time I worked there. The previous times had been visits with my father and sister. We were visiting the Enrights. My family has been close friends with them for many years. While I worked on their farm called Rivendell, I learned many things about the culture in Zambia, and how different it is from here. There were several events in particular that struck me.

One of my favorite projects was redoing some of the electrical wiring in the brick chicken houses. A Purdue student had previously redone the wires and lighting a year or two previously, but it was in horrible shape. The local workers had also redone the wire in their own way. It was a dangerous nest of open wires and one huge fire hazard. In several spots they had tied wires together with plastic bags. Instead of replacing lightbulbs they had attached entirely new fixtures. They did not see any issue with it at all. The previous year the wood shop had burned down because of faulty electrical wiring but, since the lights worked now there was no problem in their thinking. Another student and I spent several days rewiring, working during lunch so we could shut off the power without interrupting the work day. The workers did not understand that human mistakes or faulty electrical wiring could cause a problem later on.

On one particular day we needed a shovel for helping to clean out one of the chicken pens. They need to be cleaned out very frequently to avoid spreading diseases. We could find none. Why? We knew why! They had all been stolen. Almost all of the workers would steal any tools they could get away with stealing in order to sell them. We looked around for over twenty minutes before we were able to borrow one from the cattle pen area. They have a culture of stealing in Zambia (and Africa generally) that it is hard for Westerners to believe or even comprehend. Their hardware stores have extra security and checks to prevent stealing. They did not even bother buying more shovels at Rivendell, because they knew they would just get stolen. This makes things difficult when anyone needs to get something done.

One thing that never seemed to get done was clean up. In front of the brick chicken houses was a huge pile of bags filled with waste bedding containing wood shavings mixed with chicken droppings. Shovels were what we needed to use to clean out the chicken house. The pile sat there for weeks growing larger and larger. They would occasionally take some of the bags away, but for the most part the pile of manure and wood shavings stayed there attracting rats. All along the ground they just threw any waste or trash on the ground. They had no system of removing waste. If it did not get in their way it was not their problem.

One of the most obvious and most consequential problems I saw was the lack of a desire to be a leader. They had several managers on duty at all times, but most of them stole just as badly as the workers and/or did not want to do any work since they were “in charge” now. There were several exemptions to this, but most of them had no desire to actually be a leader. They simply did not know how to be a good leader. There was a constant problem of running out of feed, and none of them ever planned ahead to make sure they did not run out. It happened at least once a week that they ran out of chicken feed and had to scramble to get more. It was more than a regular issue that you might see in the U.S., it was a cultural lack of leadership that stemmed from the tribal, witchcraft believing culture from which they are still not free. This foundational problem remains a major hurdle the Enrights continuously must face, but also continue to focus their efforts on helping the Zambians overcome. They are trying to teach them to be successful, when they have never had the opportunity to do anything more than sit in poverty. This remains an issue for much of the continent of Africa.

These events do not paint the brightest picture of Zambia. But, Zambia has made significant progress compared to a lot of the African continent. While, I was there I got to work with and observe other students that had never been to Africa. Their reactions to the significant cultural differences showed me how unaware many Westerners are to the problems Zambia and all of Africa must face. It was a great experience and I learned more than I would in any amount of time in a classroom talking about these problems.